No blogging today. After many years, I’ve learned that traffic drops dramatically on holidays, even minor ones like this one, so I take it blogging easy on these days. Regular blogging resumes tomorrow. Have a great day off. … Read the rest

“We must keep ourselves detached from all we feel or do if we are to travel along his path and live only for God and the duties of the present moment. We must stop all imaginings about the future, keep our attention on what is happening now and not bother about anything that has gone before or what may follow.” de Caussade, Abandonment.… Read the rest 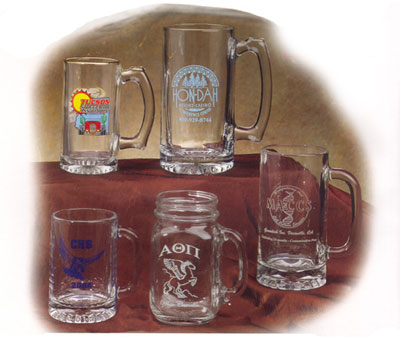 Brews You Can Use

“In 1948 Dallas socialite Margaret “Margarita” Sames wanted a refreshing poolside drink while on vacation in Mexico. Using her favorite liquor, she tested different combinations of tequila, Cointreau and lime until she found the perfect combo of sweet, salty and sour.” Find that and 19 other stories behind the names of food dishes and drinks here. * * * * * * * No surprises here: “Wine companies and retailers have been switching away from glass bottles in order to lighten the environmental footprint of their packaging, but in doing so they are shortening the lives of some wines.” * * * * * * * Typically, you can store whites for three to five years, reds five to fifteen. Go here for more details. * * * * * * * Move over wine tasting. Beer tasting is on the rise. * * * * * * * “Honey, buy a Wii and tell the kids I’m taking over the game room tonight.” How to use Wii fit as a killer drinking game.… Read the rest

I started this post yesterday afternoon, then had some work emergencies and then had to go out of town. I didn’t back to the house until 10:00, hence the break mid-way through. My apologies. … Read the rest

Blurb from Drudge: “During first 36 days of Katrina, Bush made 7 visits to Gulf Coast. . . So far on Day 36 of BP oil leak, Obama has made 1 visit to disaster area.” The president doesn’t need to go to a disaster area, of course, but it’s amazing how much flack Bush took in the MSM contrasted with the MSM’s treatment of Obama. * * * * * * * Hmmmm. Marc Faber is the dude who endorsed the (so far, a little bit optimistic) book I blogged about yesterday

“Faber: Nations Will Print Money, Go Bust, Go to War…We Are Doomed.” The article is great for the time-strapped reader. It’s merely a bullet-point presentation of Faber’s various points, like this one, “The next 3-5 years will be highly volatile.” * * * * * * * On quitting the Black Eyed Peas concert tour. “The show opens with “Let’s Get Retarded In Here.” Seriously. That’s the hook. It was like Idiocracy: the Musical, with the crowd as extras.” * * * * * * * Blog etiquette: Give credit for the site where you found stories. I often neglect this finery, but should mention: the last two articles were found at Lew Rockwell. * * * * * * * Humorous Jimmy Fallon: “This week is National Safe Boating Week. Step No. 1 in boating safety: Don’t light a match near the ocean.”… Read the rest

Max (6) was content Sunday night. He was sitting in front of eight pairs of new socks: four white, four dark blue. Marie said to me, “Look what Max has. New socks.” Max was grinning. Marie explained, “He’s never gotten new socks before. All his socks have been hand-me-down stretched out socks.” On Monday morning, he was still pleased, getting his socks out and putting them on with a grin. So, you see, poverty creates its own joys. * * * * * * * I bought a book last week, and it’s the one I’ve been seeking for the past 18 months: a book that acknowledges that things are awfully bad for the United States right now, but holds out significant hope. It’s The Great Reflation: How Investors Can Profit From the New World of Money

I’m only part-way into it, but so far, it’s a great corrective to the doom-and-gloom bunch (one of whom endorsed the book) that I normally read, yet it’s not part of the mainstream investment “rah rah everything is going to be fine” chorus or part of the Keynesian “more public spending” chorus. It’s also not too far removed from mainstream economics (for example, the author says the 2008 bailouts were unavoidable and a return to the gold standard in the modern financial world is absolutely untenable). Although the mainstream can often be devastatingly wrong, I take some comfort reading a finance book for once that is part of the mainstream but also swimming a bit against it. * * * * * * * If you’re curious, the author’s forecast is this: Next five years, very bumpy and scary, economic derailment possible but not likely. After 2015, if we survive these next five years, get ready for an economic boom (thanks … Read the rest

The spring blitz continued over the weekend. We got a call at 9:00 Friday night, telling us that our son needed to be at a ball diamond sixty minutes away by 7:00 a.m. the next morning. Yuck. I spent all morning Saturday at the field, suffering through my self-inflicted suffering (my wife didn’t want him in the league; I kinda did, plus I wanted to help out a friend who needed Jack to round out the team). But the good news: I got through the entire current issue of New York Magazine, and I can say without qualms: The gay culture is more twisted and more intent on sodomizing society than I thought. First, there’s this story: Women who become “men,” so they can date men. This odd creature is called a “transman,” presumably because “Forkin’ Nut-job” is too generic. NY Mag, of course, treats it all as perfectly normal: “He’s an exemplar for a new generation less concerned with gender boundaries.” Ah yes, gender boundaries, kinda like the boundary of my yard, which I walk across all the time. I understand now. * * * * * * * That chilled my spine enough, but then later, starting on page 36, I read about the networks’ intent to take the battle of normalizing queerness to the next level. NYM can’t contain its excitement about “Modern Family,” but the network knows it needs to be a little more low-key about it: “I’m very protective of Mitchell and Cameron, of their relationship. I would like to see them show more physical affection—we film scenes several ways, including kisses—but at the same time we’re moving cautiously, because it’s sort of a gay Trojan horse in people’s living rooms.” Emphasis added. It’s not often you … Read the rest

“Without patience our expectation [of the spiritual life] degenerates into wishful thinking. Patience comes from the word ‘patior,’ which means ‘to suffer.’ . . . What seems a hindrance becomes a way; what seems an obstacle becomes a door.” Henri J.M. Nouwen… Read the rest

Listen to the Eudemon Podcast!