Ah, yes. Three of my sons, post-wedding Mass last Saturday. It was, after all the struggles and cost, a glorious day. That's Alex, the groom, to the far left, then Michael and Jack to the far right. The other three guys are school chums.

Yes, "chums." I've been thinking a lot about P.G. Wodehouse lately after Econtalk's Russ Roberts jokingly said he considers himself learned because he knows the "G" stands for "Grenville."

For awhile, I read a lot of P.G. If memory serves, my editors at Touchstone recommended him as one of the finest prose stylists of the 20th century. He was also a younger contemporary of GKC. It seems a lot of people involved in "the Chesterton game" (Gilbert Magazine, the American Chesterton Society, etc.) were PGW fans as well.

I don't recall ever hearing that Wodehouse and GKC hung out, but I suspect they would've gotten along well. Both were funny and both liked to drink. Isn't that always a good match?

Wodehouse referenced GKC a few times in his fiction, including this one which is pretty funny:

At that moment, however, the drowsy stillness of the summer afternoon was shattered by what sounded to his strained senses like G.K. Chesterton falling on a sheet of tin.

If you're acquainted with GKC's huge girth, you realize that must've been one really loud noise. The mere fact that Wodehouse used the analogy testifies to (i) GKC's popularity back then, and (ii) public consciousness that he was a huge man.

This is one of my favorite articles of all time at Modern Drunkard Magazine:

A salute to the incomparable--and largely inebriate--man of letters, P.G. Wodehouse.

It's a rarity: short, easy-to-read, cultured, and fun.

You owe it to yourself to print it on paper or download it to a reading tablet, take it outside on this fine fall day with a tall drink, and read it slowly.

But if you just want to whore-it-up, you can just read these excerpts:

With regard to booze, Wodehouse lived and worked in a far more relaxed world than today's constipated politically-correct society and he exploited that boozy atmosphere to marvelously-amusing effect.

In a sort of concordance called Wodehouse Nuggets (1983), chronicler Richard Usborne makes great sport by identifying 30 of the Master's wonderful similes for being plastered or hungover. There are too many to quote in full, but the highlights include:

The barman recommended a lightning whizzer, an invention of his own. He said it was what rabbits trained on when they were matched against grizzly bears and there was only one instance on record of the bear having lasted three rounds.

Geoffrey Jaggard, another Wodehouse chronicler, in his Wooster's World (1967), details a vast and sparkling array of the Master's synonyms for the state of being deep in one's cups. These include (sit back, pour yourself a stiffish one, and savor this vast vocabulary):

Under the surface; Completely sozzled; Fried to the tonsils; A tissue restorer; Full to the back teeth; Lathered; Suffering from magnums; Not to mention:

Lit a bit; Shifting it a bit; Mopping the stuff up; Off-Colour; Oiled; Ossified; Pie-eyed; Plastered; Polluted; Primed to the sticking point; Scrooched; Squiffy; Stewed; Stinko; Tanked to the uvula; Tight as an owl; and Under the sauce.

I have three Chesterton biographies, incidentally, including Joseph Pearce's magisterial work. I looked at their indices this morning. None of them have an entry for "Wodehouse."

LSD in the Eucharistic Wine?

Episode 1543 of The Joe Rogan Experience is pretty good (as far as I can tell . . . see below). It features Brian Muraresku, author of The Immortality Key: The Secret History of the Religion with No Name.

The book's Amazon page claims the book could "shake the Church to its foundation."

Well, not quite, based on what I've heard so far. The gist of the argument appears to be that the wine used by the earliest Christians was spiked with natural psychedelics that gave the very first Christians a direct perception of God. The practice was later halted and the Church denied it ever occurred because it would eliminate the need for the priesthood to be the intermediary/vehicle to God.

Like Rogan, I am interested in ancient uses of natural psychedelics. I remember reading about the bizarre rituals of, say, the Dionysian Mysteries, and trying to imagine how people could fall into such madness. Is it possible that the wine used at the rituals was laced with ergot? It seems plausible.

But to jump from that to a theory that ergot was used in the Eucharistic wine? There are oceans and mountains of problems and assumptions.

But then to pull from Martin Luther's playbook and say it was all a cover-up by the Church in order to preserve the power of the priesthood.

The author's theories are interesting, but that tired allegation (that the Church was just trying to preserve the power of its priests) for everything from 300 AD to 2020 AD? It's one giant eye roll.

**Caveat to the above: I haven't finished listening to the episode yet. Spotify only gives one option to listen to the Show: You have to watch it on video, which kills download times, which causes it to pause repeatedly while listening. I can't believe Spotify spent a hundred million on the Show and now makes it much more difficult to listen to.

Do You Have a Totalitarian Impulse? 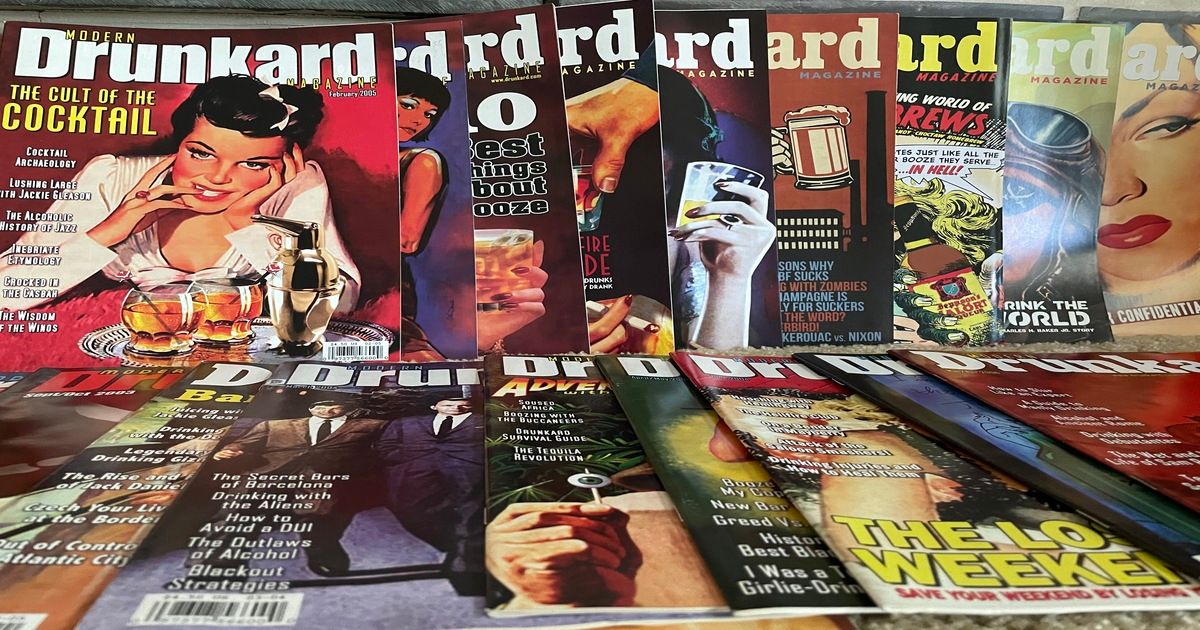